The Day of Infamy › A Family Photographic Link

During World War II my great-uncle, Bill Buckhout, was a naval photographer. He would go on to win a silver star for aerial photographs that tracked the position of a German U-boat, the submarine cornered by way of my great-uncle’s visual-intel and sunk off the Caribbean coast of South America. Though serving in the Atlantic theatre, my great-uncle had access to the vast naval photographic archives produced during the war. Through these connections, he was able to obtain prints from the actual negatives shot during the massive Japanese aerial raid on Pearl Harbor—December 7, 1941. A prized family possession, I was honored to take possession of this print set about ten years ago. Iconic snapshots of that tragic day of infamy, these images need no introduction: 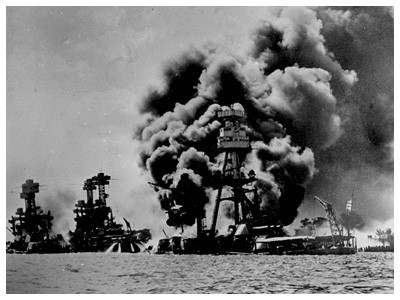 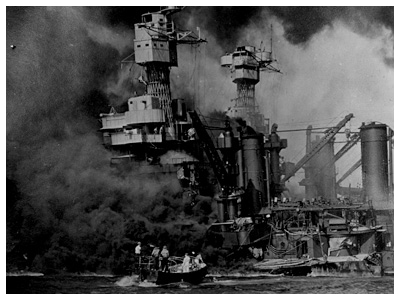 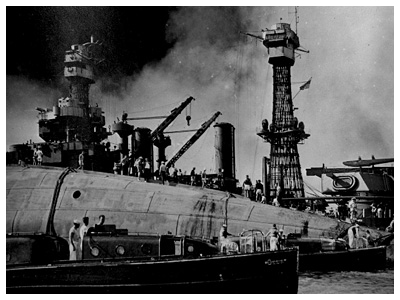 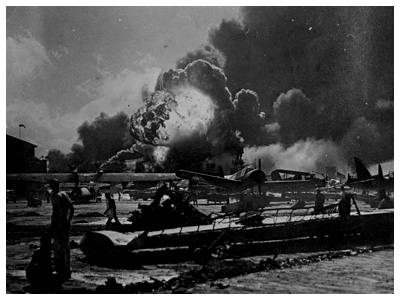 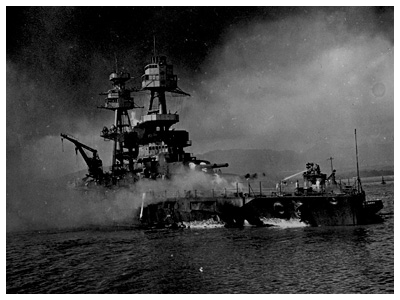 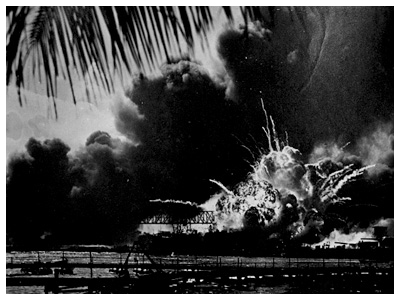